The Centrifuge council has proposed a motion for sending a XCM to Polkadot to accept the HRMP request from Moonbeam as part of the process described here. This was supposed to be done with the passing of Referendum 19 (this was made as a batch call to accept the request from Statemint at the same time) but due to a recent security patch, batch calls were disabled through XCM. You can find the explanation here.

This motion is being fast tracked at the same time and the council is voting on it now.

See Motion 39 in the portal here (while it is open).

Councillors, please cast your vote at your earliest convenience.

Referendum 20 is now open for all CFG token holders to vote on. You can vote on the referendum either on Subsquare or in the portal.

Vote in the Portal: Send XCM to Polkadot to accept Moonbeam’s HRMP request

Referendum 20 has passed with SimpleMajority at block 1524416. 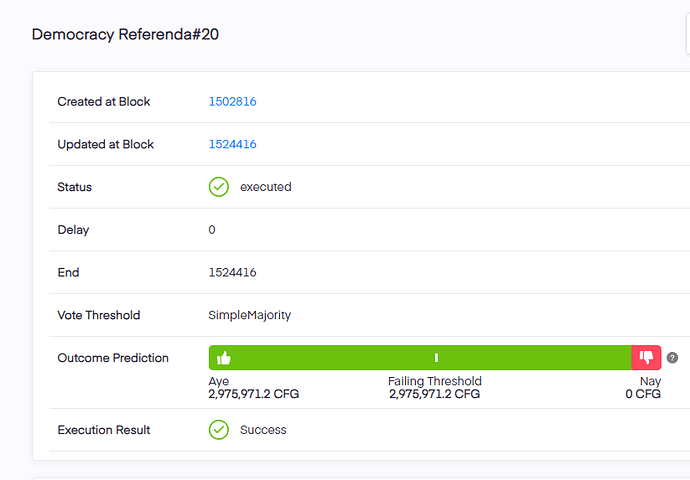 Thank you all for participating and voting!

The motion accepting Moonbeam’s channel request has been successfully executed. 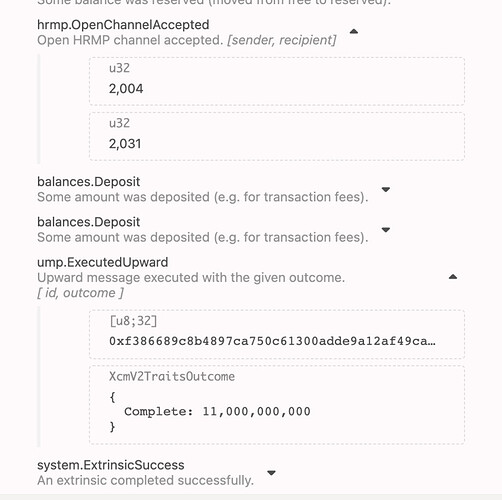