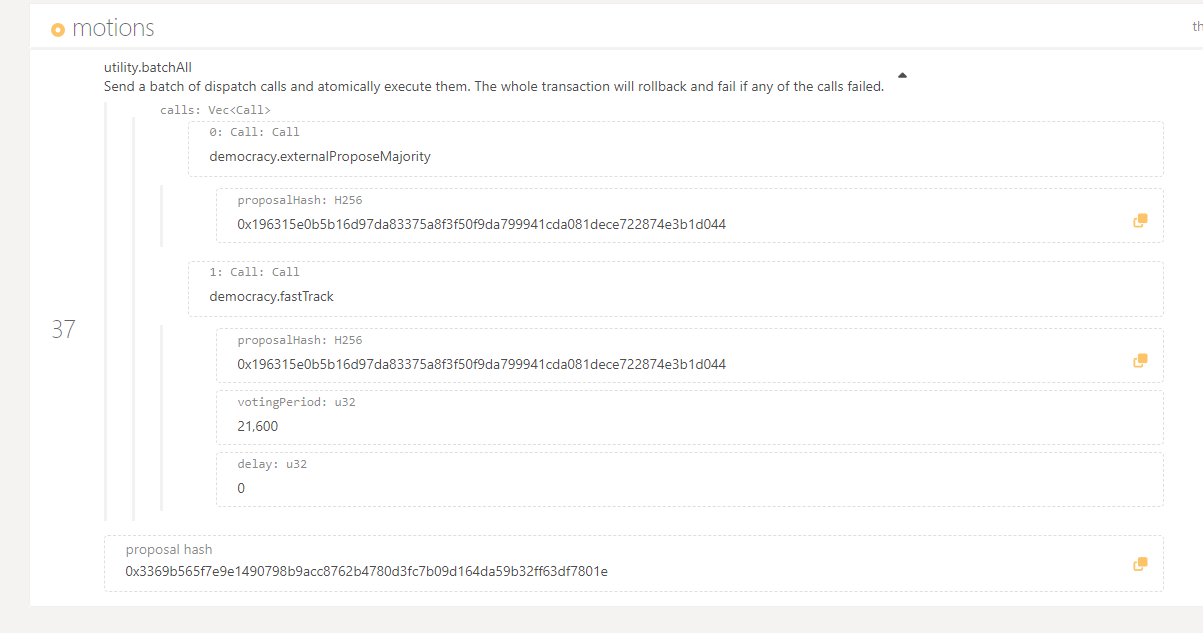 Please cast your vote at your earliest convenience.

Referendum 19 is now open for all CFG token holders to vote on. You can vote on the referendum either on Subsquare or in the portal.

Vote in the portal: Accept the Moonbeam and Statemint’s HRMP open channel request to Centrifuge

The Polkadot referendum 74 aiming to open hrmp channels with Centrifuge amongst other parachains has failed. Quoting Joe from Web3 on the reason, in short:

The initial fix to prevent an exploit required that batched calls come either from a Signed or Root origin. A message from a parachain has neither. So, when Statemint sends a message to the Relay Chain to accept the five open channel requests, it will not be authorized to make a batched call.

The Centrifuge referendum 19 aiming to accept Statemint’s and Moonbeam’s hrmp openChannel requests will still succeed in accepting Moonbeam’s request but it will fail for Statemint’s since the latter has not been submitted successfully.

Moving forward, we hope to soon see the re-submitted, corrected motion from Polkadot. Afterwards, we will also have to open up a new motion accepting Statemint’s request.

Will keep everyone posted

Referendum 19 has passed with SimpleMajority at block 1470186. 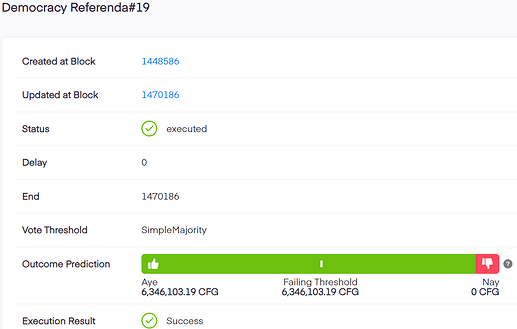 However, the HRMP requests from Moonbeam and Statemint would need to be re-submitted (check post above).

Thank you everyone for voting.