Hey, i am trying to make sense of Altair for users and would like to get some help. I understand it is helpful for Centrifuge which can test things on Altair first but what value Altair holds for users, how usual folks can utilise Altair for their own benefits? Clarity on this determines the success, demand and viability of the product which I struggle to understand.

Currently Altair with its native token AIR has the following utilities: 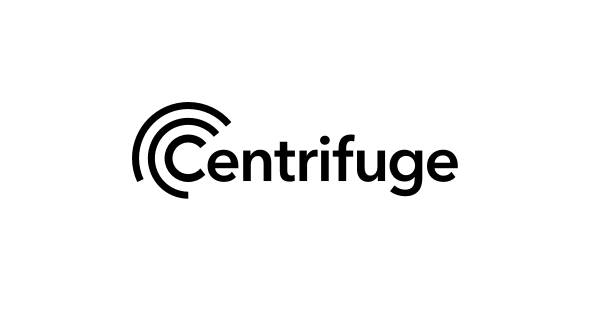 More use cases are up to the community if someone finds an experimental feature to be tested and implemented on Altair.

Do you have a use case on your mind or know someone who might be interested to launch one?

First some context which you are aware of, but figure I’d give my point of view! —

Centrifuge Chain is so powerful because logic for RWA (pools, loans, assets, etc) are built into the chain logic itself. This gives a ton of flexibility, speed, cheap computational power, etc for rather complex logic — complex logic that would be otherwise very difficult to do on, say, an EVM chain.

Considering that upgrades, improvements, and new products are built into the chain itself, rather than deployed on a smart contract layer on top of the chain (tho we could implement EVM some day!), it’s important to have Altair as the testing ground for anything new!

That’s why Altair is a parachain, why it has economic value, etc. A mere testnet doesn’t give enough of a real-world comparison. When Centrifuge has millions (billions?) of TVL on its chain, we want any new upgrades to be battle tested on Altair first.

Now, how it impacts the user:

Centrifuge is composable and decentralizing more and more every day. We want it to be possible for builders outside of our core contributors (i.e. those at k/factory, the studio building much of the Centrifuge protocol now, to have a place with real impact to build, without the high stakes of building directly on the Centrifuge chain. That’s what Altair is for. Quicker governance, less TVL (this important because our TVL is tied to RWA!) at stake compared to the main chain, etc. This allows for faster building, experimentation, and so on.

My two cents here is that Altair definitely isn’t too clear in its use at the moment for the broader public. It’s been immensely useful for the core contributors to rapidly build, iterate, etc as we create the Centrifuge runtime/application layer to finance RWAs on Cent Chain. I think this groundwork will show its value in the future when we hit the point of others building on our chain as well, as described above!

Need something stronger… I mentioned in Discord that, for example, Altair may focus on bringing RWA on chain via NFT (i.e. NFT is the digital unique ID of a specific RWA, so you can manage RWA by trading, lending, borrowing, leasing associated NFT). If Altair can solve this, just this, this only thing can become huge. But this is an example of unique solution that is really needed / solves particular problem.

Thanks! So what i gather from the comments is still the same - Altair is great test playground for Centrifuge and a source of new ideas. However:

How I see it is that Altair is an incentivized testnet. For instance if I personally wanted to create a product, lets say a offramp for stablecoins direct to a bank account (dibs on the idea

), which I would see being useful products in general for the Centrifuge chain products (future and present), I could test it in this playground and allow real world users to transact and earn simply for using my product. It would be ideal as I can test the product and ensure its safe for users and large funds to be moved.

I like to think of it as a playground chain that developers and early adopters can experiment in. In my opinion, an individual looking for yield would not be the user as this environment is for testing future products and for supporters to see their favorite projects come to life.

Exactly, so Altair and its token is not for retail… AIR in this sense has value for developers, they might need it to pay for their experiments, drop to adopters so they can interact with their products… but even for that Altair needs to be extremely attractive as an environment for developers to come and build on it. Currently it has no significant benefits to have anything to be built on…

Ultimately, it depends on the strategy. Probably Altair team has not thought it through yet like we are trying here so therefore there is no specific direction it is moving to or focus in terms of enhancing specific parameters/attributes.

I hear your point but disagree on the following:

but even for that Altair needs to be extremely attractive as an environment for developers to come and build on it. Currently it has no significant benefits to have anything to be built on…

To me it already is attractive for any party that wants to build on Centrifuge chain. I think it would be very dangerous to allow any product to launch on centrifuge chain if it hasn’t been battle tested on Altair. As a user I wouldn’t connect my wallet unless it did go through this.